It seems for (at least) Friday 8th December 2018 and Today, Saturday 9th December 2018, Air Vanuatu (NF) Flights that use the De Havilland Twin Otter aircraft have allegedly all been cancelled. Who the flip knows when they will be back in Action. Known locations affected include (but NOT limited to)…

Upon arrival to Craig Cove Airport on Friday (Yesterday) Morning, The agents in contact with Air Vanuatu head office keep announcing ever later estimated arrival times and relayed excuses from Head office from Mechanical Failure to the weather as reasons for the delay. After 2 hours of delay, ended up ringing Air Vanuatu Head Office myself, but they kept referring me back to the agents on the ground who in turn were similarly frantically via phone trying to get a grasp of the situation from Air Vanuatu Head office.

At about 4 hours after the flight was supposed to arrive, the agents announced that the flight had been cancelled and suggested that the next flight out of Craig Cove would be on Tuesday 11th December 2018 (Too late for me). Ended up calling a private charter flight to get us off of Ambrym allowing us to return back home to New Zealand as scheduled on the next morning.

Reviewing the flightradar24 upon finally returning home this Afternoon (As scheduled), it was revealed that all flights using De Havilland Twin Otter had been cancelled… 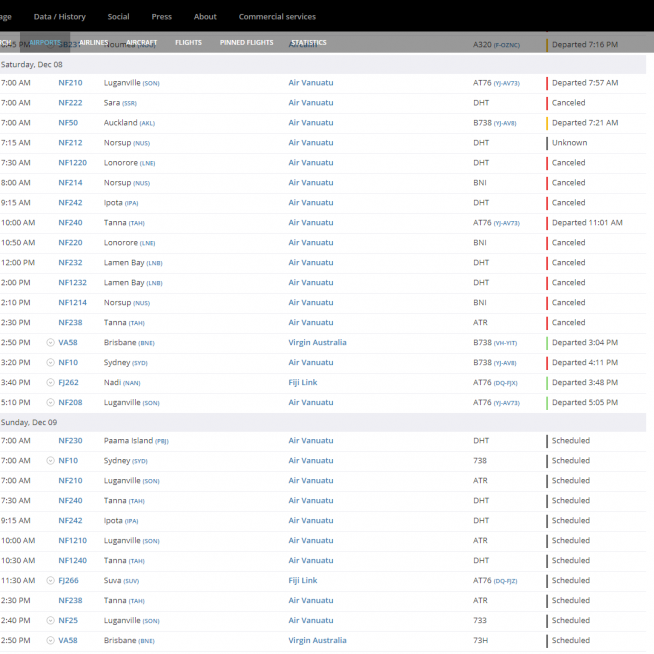 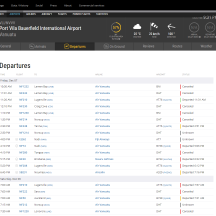 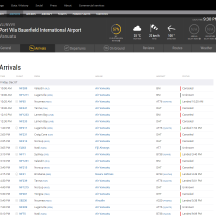 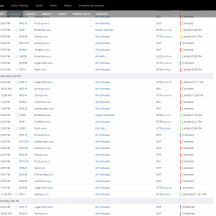