Photo of the shared cycleway in St Johns / Kohimarama 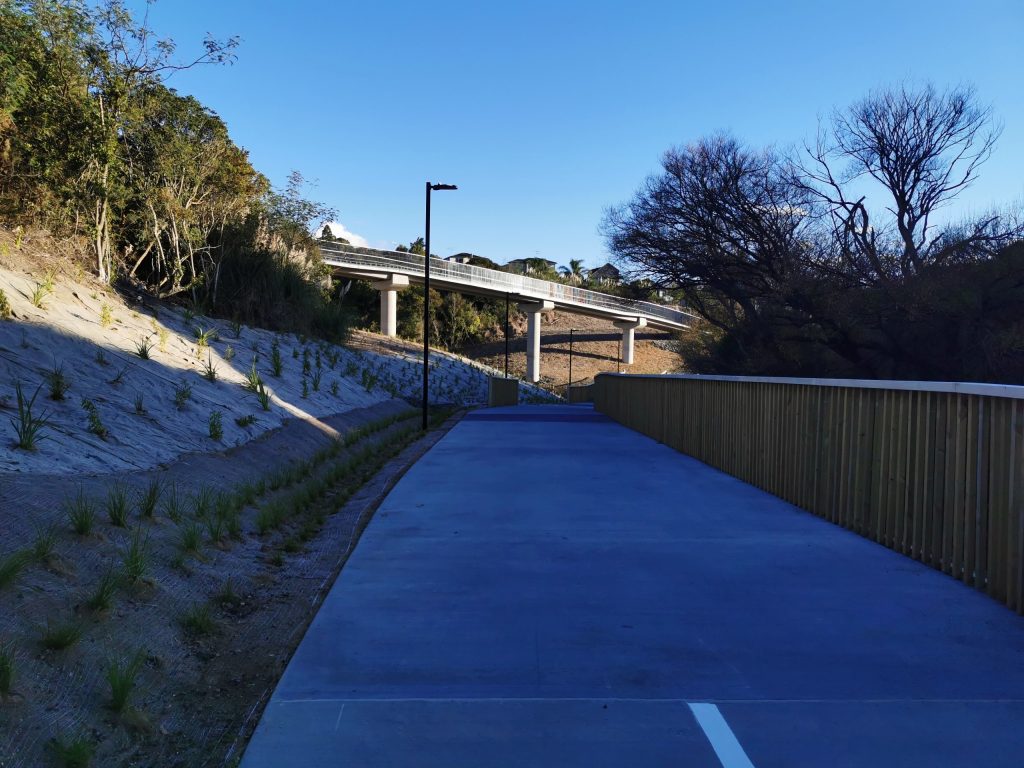 Information about this newly opened section of shared cycleway…

The answer is most probably a “yes”, but every time I hatch the idea of taking the train in the last 3 years during a Saturday or Sunday, it has been my luck that without fail I find that Rail Bus Replacements are running instead for the route I’m planning to take.

I recalled a few times now I’ve taken a connecting bus from Auckland Airport to Papatoetoe station only to find the trains are not running and have been repeatedly frustrated at waiting at the designated make shift Rail Bus Stop for a Rail Bus replacement bus to never arrive (over half an hour in fact). Ended up calling an Uber (or Ola as is may be) out of frustration on all such occasions.

And still on the topic of Auckland’s transport system, I now learn that multiple scheduled buses across Auckland have been cancelled due to COVID which is ultimately going to present further challenges in encouraging a modal shift of getting Aucklanders out of their cars.

Wondering if Auckland will ever achieve this modal shift? I reckon it will take at least a few generations to transition to become a city where Fast, Frequent and Well patronised Public Transport services become a reality. Auckland Transport trying to enforce a modal change, particularly in established neighbourhoods is frankly trying to push the proverbial up the hill. Better to work with Auckland Council and other government departments to build high density neighbourhoods in greenfield sites with well connected passenger and personal (scooters, bikes) transport networks before forcing their ideology down the throats of residents in existing neighbourhoods.

Do Auckland’s trains ever run in the weekends?

In light of Auckland Transport’s announcement regarding removing of kerbside parking, it’s probably worth highlighting Auckland Transport’s (AT’s) current ethos has effectively been to discourage car use in favour of alternative transport modes in order to achieve their various visions and goals, including…

While I am certainly and staunchly in favour of developing and rolling out accessible alternative transport options in Auckland, particularly in areas currently beset with high levels of car dependency, it appears from all intents and purposes in order to achieve the aims as listed in the bullet points above, Auckland Transport have declared all out war against the private motor car and the motoring public. While I can see where AT are trying to head, they’re choosing to run roughshod over people’s current living arrangement and applying the ‘stick’ in the hope of encouraging modal shift by way of making private motor vehicle use such a hassle so much so that Auckland commuters will hopefully shift to other modes such as walking, cycling and public transport. END_OF_DOCUMENT_TOKEN_TO_BE_REPLACED

Commentary: Auckland Transport’s war against the private motor car and the motoring public.