(A satirical) franchisee manual of a fictitious car rental network called “Dandy Shifty Car and Truck Rentals” regarding their formula for success on bamboozling, ripping off, and angering customers.

While this is intended to be satire. May also be useful as a general guide with which to watch out for when dealing with any rental car business as a customer, particularly at a location that may be franchised out to an independent licensee to one of the big brands such as Avis, Budget, Thrifty, Dollar, Hertz, Europcar, Enterprise.

Sufficiently Paint your own business as a Mickey Mouse operation run by total clowns at the helm. 🤡🤡🤡

Based around an actual hiring experience together with other experiences and anecdotes from both car hire customers along with actual (former and current) car hire company industry staff.

How to offend loyal customers, lose credibility and cause irreversible brand damage

Update: 1st August 2020 – The Agent rang thanking me and mentioned it was given to someone in Ngāruawāhia intended to be distributed by local children for a local letterbox drop (possibly as part of a fundraiser I believe). Still strange where it ended up though.

Box of about 1,500 Real Estate flyers left under a tree in a ditch at the Waterworks Dam on Hakarimata Trail. I really don’t understand why anyone would go to the trouble of hiking in a box load of glossy flyers, then leave it under a tree all alone. Very weird and odd…

Initially though it was gear or supplies for track maintenance and/or weed control, but seemed really weird to keep it in a cardboard box, so peered through the opening.

Took the box out of the reserve and dropped it off to Lugtons (Hamilton based Real Estate agency). While I was initially hesitant to touch it, It didn’t appear to be used to transport/hide drugs or any other nefarious activity, and I did not think the colourful flyers made for healthy fertilizer hence the reason to remove it.

In hindsight… Could be as innocuous as someone wanting extra weight to hill train with but simply aborted the idea halfway with the intention of picking the box back up upon coming back down (but never did or otherwise forgot).

This picture can not be explained 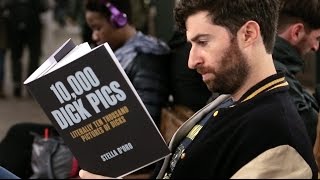