This is a price chart of what particular financial security / instrument? 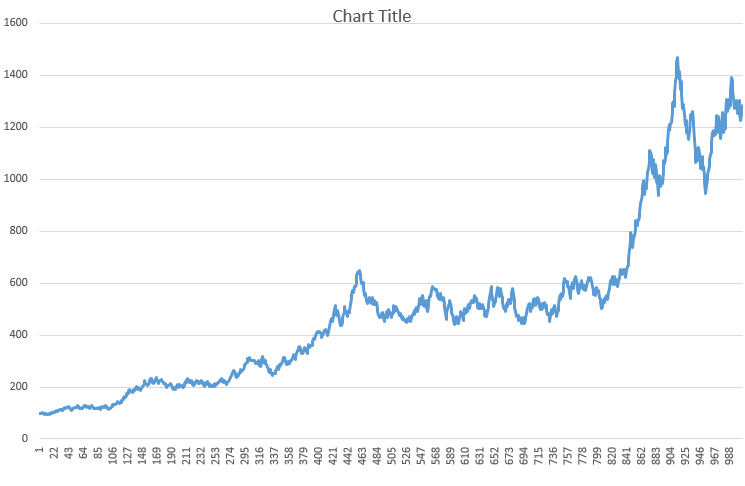 It’s not.  It’s a graph of a set of randomly generated values from within an Excel spreadsheet using the RAND() command with a simple adjusting factor to give it a slight upward bias.

But yarrrrrgh!  It doesn’t stop someone potentially drawing some nice pretty support and resistance lines to give a feeling that it somehow helps them gauge the price direction of a particular security or some index of a group of securities… 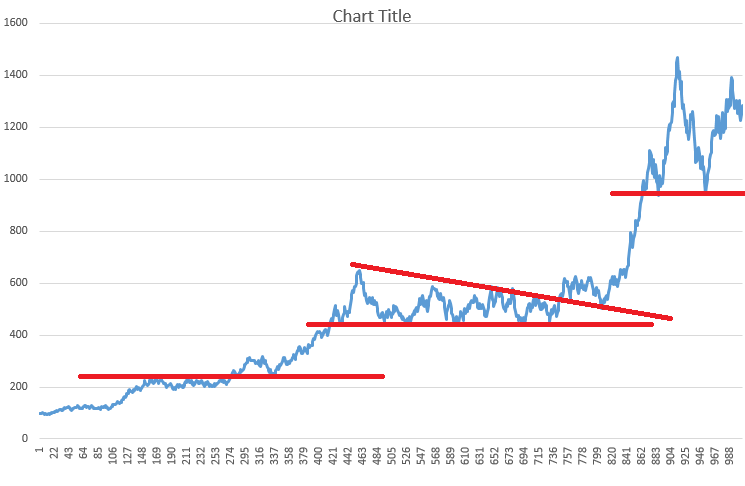 Yeah, Yea, Sure, sure, Technical Analysis is all about weight of probabilities. I think it’s pure luck that the price chart above showed support and resistance lines.  Run the macro again, and it’s totally different… 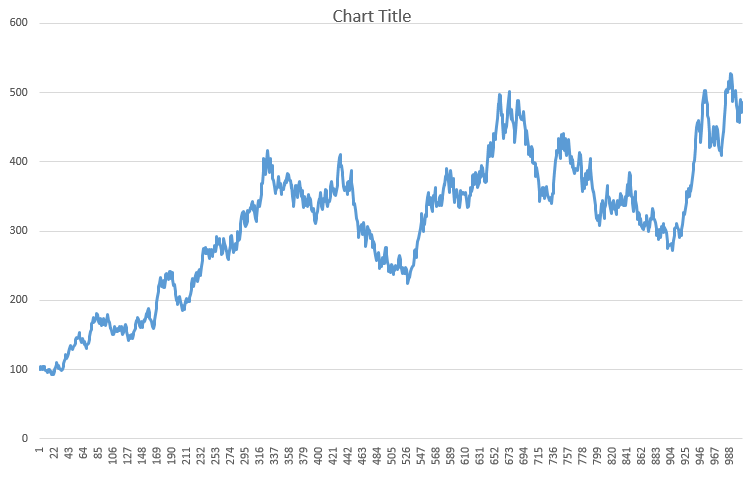 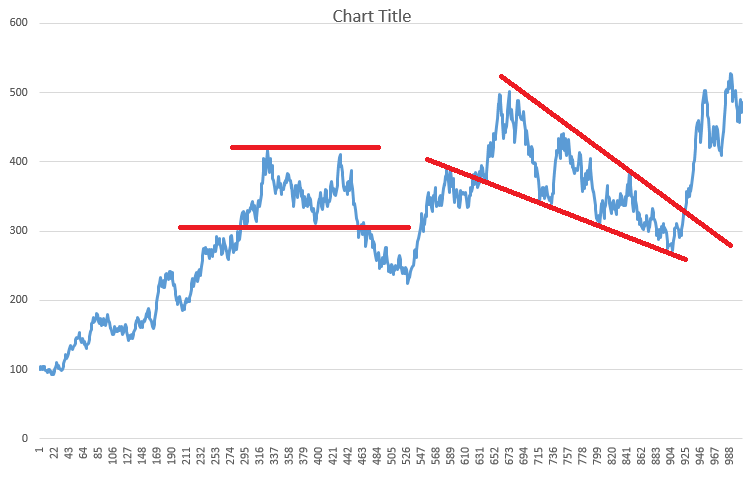 You have a row of 20 coin Tossing Monkeys on a podium.

We now have one supreme Monkey who goes on to write books about how he bet all other monkeys and managed to flip heads all the way through the competition. The Media are all over him wanting to know his secret. He then records audio tapes about his secret for success and goes on to conduct seminars on his secret of coin tossing.

Damn Charlatans… Be ware of them Binary Option Trading hawkers.  Before that, it was Retail Forex trading. Seems a proliferation of these funny financial instruments recently.

Unpredictability of the Financial Markets

2 thoughts on “Unpredictability of the Financial Markets”