The S&P 500 is still behaving in a way that signals a possible (rather than probable) bull trap. Again, nothing can be said for certain and this assessment is very much certainly subjected to change and re-evaluation on a dime. 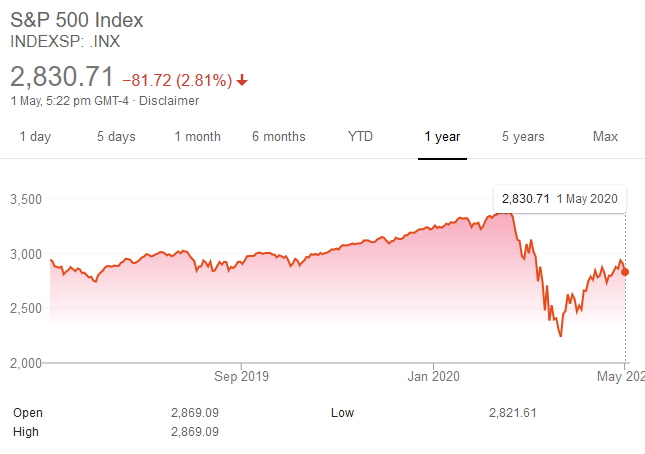 Main concerns at the moment is the inherently delayed corporate and economic reporting (including unemployment rates) where the full of effects of the measures behind CoVid-19 may not be fully realized and reported on until a few months down the track. The effect and global reaction so far has been sufficiently deep as to invoke a long-lasting change in the way we go about our lives going forward. At the moment, my feeling is that the latest bull leg (given the unexpectedly large magnitude and severity of the preceding fall was certainly to be anticipated) has mis-priced the effect of the measures surrounding CoVid-19 I feel.

Scenario One: If the more severe anecdotes about widespread loss of livelihoods are to be believed, then we could see something resembling closer to the Great Depression as lines of credit get recalled and businesses (particularly the small to medium ones) go to wall in a devastating and tragic chain reaction where people head to exit in a snowballing panic situation. We may or may not see a double whammy of high unemployment combined with supply side shocks of essential resources, food supply shocks causing rampant Consumer index inflation and subsequent tightening of credit causing an acceleration of the trend. These may include bank runs in the most extreme of cases. 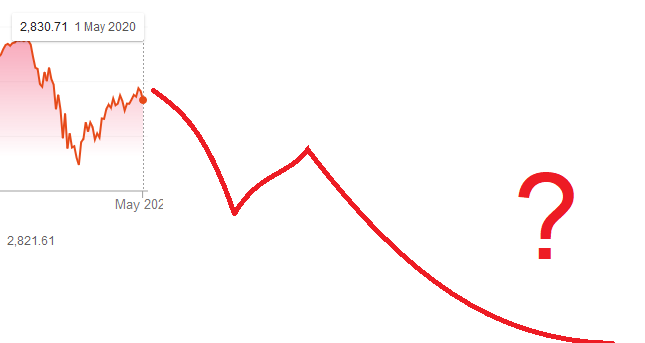 The above is a pretty overly pessimistic scenario I have to confess and have my doubts right at this point in time that it would actually ever get that bad but at the same time, I wouldn’t be surprised if it (tragically) does.

Scenario Two: If the global liquidity injection does manage to stabilise the boat and unemployment rates don’t happen to skyrocket too much further than current levels, a more likely scenario is that we just meander up and down in a series of gyrating bull and bear markets like the long-lasting Secular sideways market like we had back in 2000-2008. (That being the case, this secular sideways market I would argue started back in early 2018) 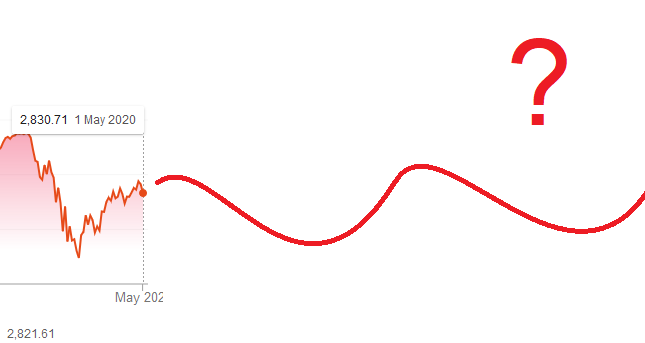 Scenario Three: In a more optimistic scenario, the market ultimately recovers, and we recommence our secular bull run that started back in 2008. The liquidity injection turns out to be a success reigniting asset price inflation. Effective and promising treatments against Coronaviruses in general are made widely available to the public. New industries and new enterprises quickly emerge taking the place of old industries along with existing businesses adapting quickly to change. 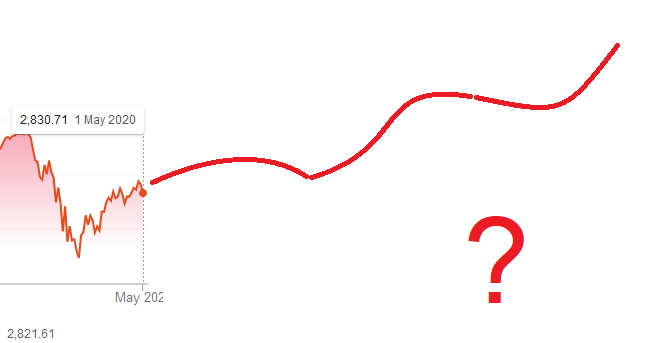 Again, who knows? There are so many ways economically this could play out. These are all stab in the dark scenarios and I have been shown to be wrong in a lot of my assessments in the past.

Right now, looking to take a defensive position first at this stage. This may include selling down some more equity positions that I feel are overvalued as a result of the latest bull run, assessing what safe guards there are in place for bank deposits in case the shit really hits the fan (and my options if there aren’t what I deem as sufficient safe guards in place).