Update: June 2019 – Thrifty Australian Head Office have also since been notified and have advised they have since started working with their Dandenong based Licensee, Lawrence Vic Pty Ltd, to gradually remove the offending reviews posted by franchise staff.

Have also been fielding the occasional E-mail from those purporting to be past employees of Lawrence Vic Pty Ltd, describing Working Conditions, Internal Culture issues, etc, however have chosen not to elaborate on those here in this particular blog post.

More Lawrence Thrifty staff posting positive reviews, this time for Thrifty Weipa. (While this may be a different business unit to Lawrence Vic Pty Ltd, they are still part of the Australian Thrifty Car Rental network and any such review should disclose this) 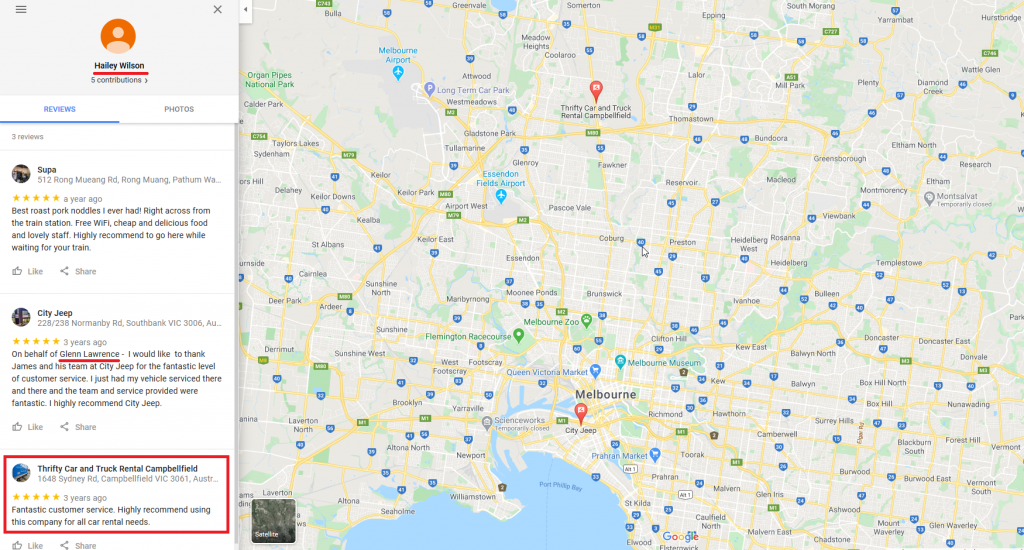 There is a Michael Nguyen who works as a manager for Lawrence Vic Pty Ltd’s Thrifty Footscray location. Whether he is the same Michael Nguyen who posted this (in my view) rather anomalous, “written like an advert” review for Thrifty Vehicle Sales Dandenong is not able to be definitively confirmed as there are a ton of People called Michael Nguyen in the Melbourne Area, Never the less, the prose is very unlike a customer would normally write. 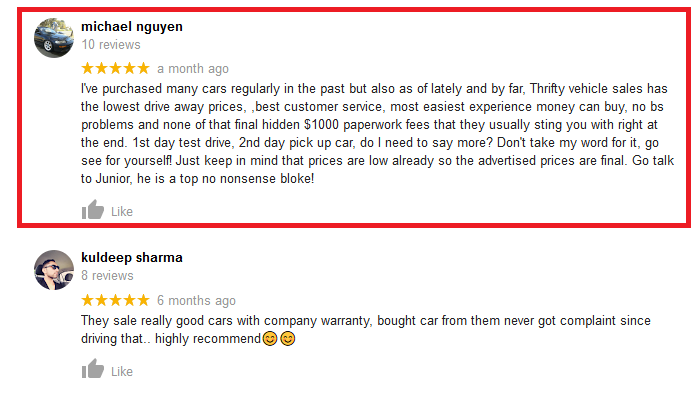